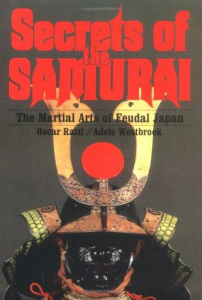 These authors first made a name for themselves in martial arts literature with their book: Aikido and the Dynamic Sphere, (I will do a review of that work at some future point), whose illustrations were illegally incorporated into almost every Aikido School’s advertising in the late eighties and early nineties.

This book is similarly endowed with impressive line drawings, illustrating everything from tanto wielding samurai women to self immolating Buddhist monks. Personally, I think the artwork is a delight and the book worth purchasing on their merit alone. 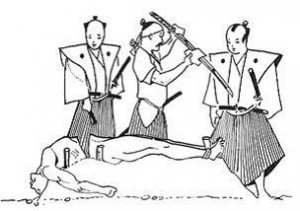 The academic scope of the book is quite vast and this is perhaps one of its drawbacks. It tries to cover so much ground that it often only tantalises with its information, leaving you wanting to know more, particularly when it touches on the more obscure areas of Japanese martial arts history.

The authors’ own biases towards aikido are overtly apparent whenever they touch on anything related to aiki, but being more than a little biased when it comes to the aiki arts myself, I do not find this as potentially irritating as others might who practice those less enlightened martial arts. 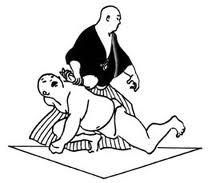 I would warn anyone who was planning to read this book, though, that the authors have a talent to desiccate their subject matter. They take topics that are of great interest and fascination and suck all the life out of it, leaving little but a dry, academic husk. And I say this as a once professional historian myself. It is not the sort of book you sit down to read cover to cover, unless you are looking for a cure for insomnia. Indeed the only human I know of who has actually read the entire book is Yong Wah.

However, as a broad overview that one dips into when researching specific topics, this is actually a very good reference book that covers many aspects often neglected by other authors.