All but daughter and I went off to a memorial service for the war dead. We thought it sounded far too much like school assembly, so decided to give it a miss.
Instead we walked to the herb garden. Daughter wanted to turn back halfway, but once there enjoyed the place immensely. 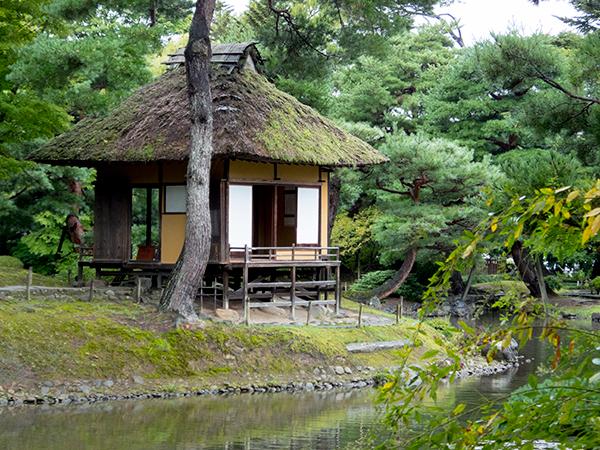 Probably because she found a cricket and a duck. 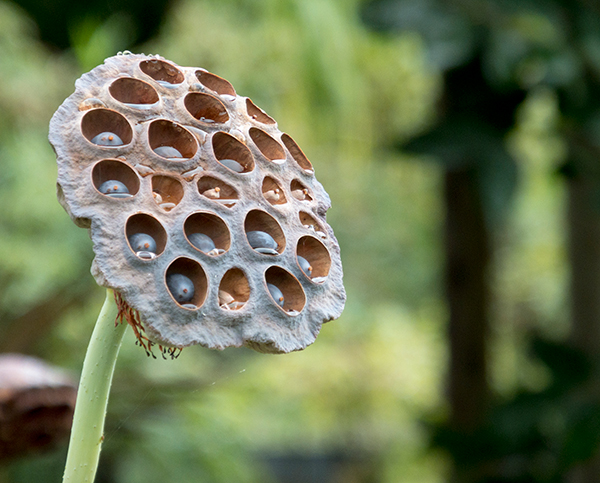 After the serenity, we made a quick dash to a nearby supermarket for lunch supplies for her and beer for me, then made it back to the gardens with three minutes to spare before the bus arrived.

At the minshuku we did the laundry, threw animals at each other and watched Sumo wrestling to a Laurie Anderson soundtrack. 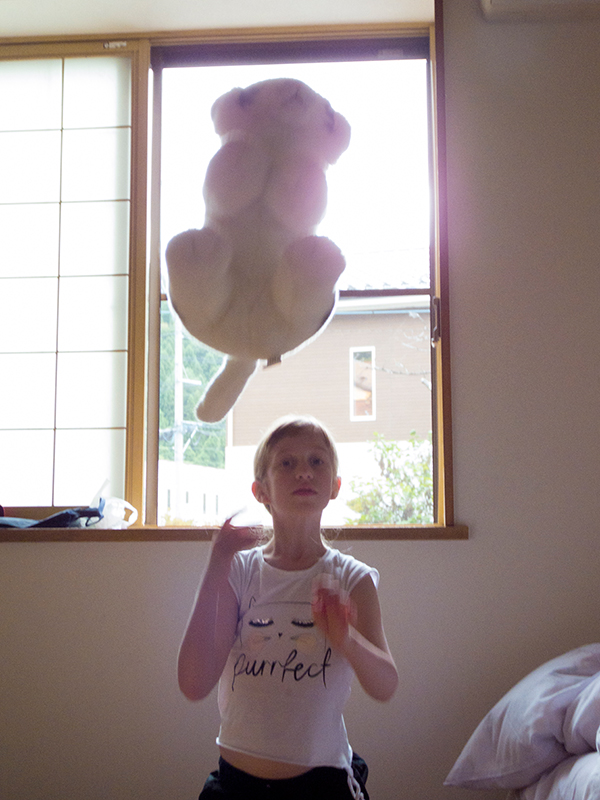 Students one, two and three also eventually came back and we set off together, by bus, to the castle and the children’s lantern festival, and to meet up with the wife and student four.
They were not there, so we followed the procession into town.

Here there was an infinite folk dance loop that captured daughter and student two and later also wife.

After many, many hours we managed to break the spell, extract the dancers and escape the crowds for a long walk home and bed.

While mum and the others went to a boring ceremony, me and daddy had the day together, so we went to the herb gardens, and my phone went out of battery. Yes, AGAIN! So annoying isn’t it?

Then ducks came super close to me! So amazing! It was like the animals knew me and trusted me! 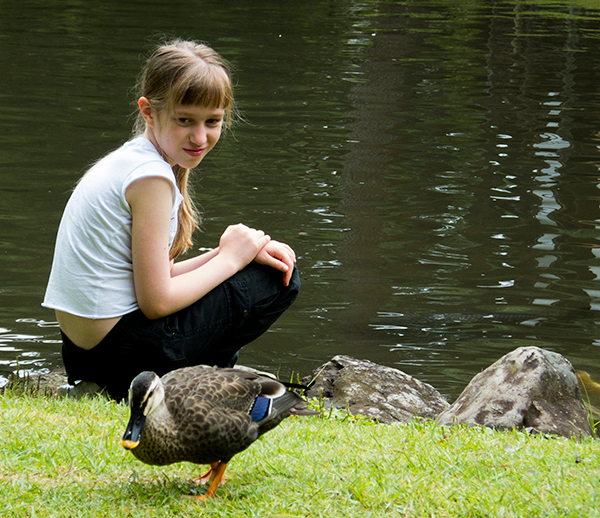 Then we headed back to the minshuku. I ate lunch: inari zushi, sprouts, cherry tomatoes and CHIPS! So yummy. 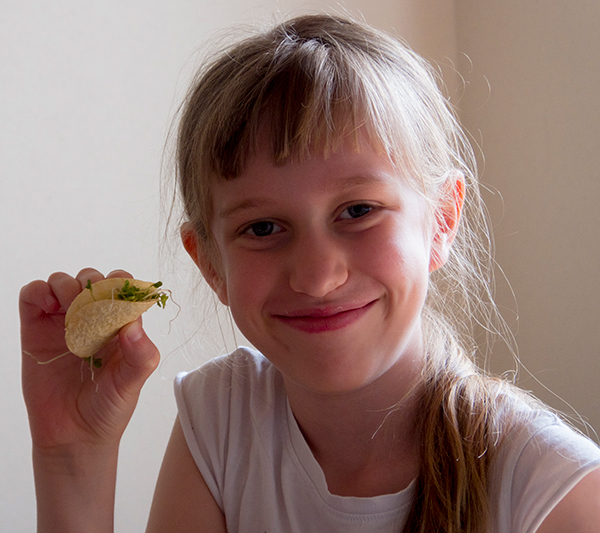 We played catch, watched sumo wrestling on TV and relaxed.

Went to the children’s lantern festival, ate some Hot Chips!.

Also did the Bandaisan dance. 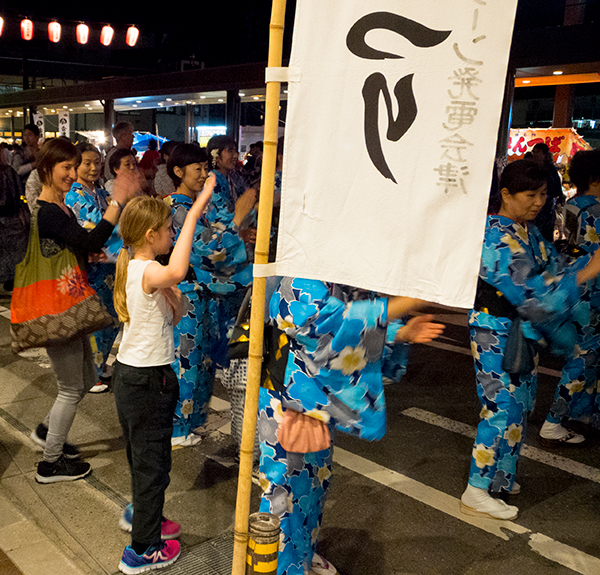 Then had a shower with students two and four, then went to bed.

Pickle 1 – Seaweed
Long thin strips with sesame and a thickened soy sauce
Delightful in its unremarkableness
There is nothing about it to keep me from eating a bucket of it, or from wanting more
The sesame notes linger

Pickle 2 – Spicy Kimchi
Step 1: pick up more than you normally would, (pieces are slightly larger than expected)
Step 2: feel the limp structure of the leaves and doubt its texture
Step 3: bite down. Continue chewing longer than expected
Step 4: wait for the heat to build, and build, and build.
This is like Latin dancing with someone who is a much better dancer than you

Seaweed
Good texture, not too chewy, slightly sweet and sprinkled with sesame seeds. An excellent counterpoint to the kimchi.