Actually, it is now the morning of day two; other people sleep a lot and I am still waiting for them to awaken.

Yesterday was a typical travel day.

Pick up student one, taxi to the airport with students two and three, in plane for a way too long, (there was vegan “food” to eat, but it was best considered as a means of filling the time, rather than actual meals), through customs, to the hotel, some beer and bed.

I am currently sitting in the lobby of said hotel. I chose a seat on my own but have rapidly become surrounded by red uniformed air hostesses and black suited men, who, apparently, saw me as the perfect centre piece for a pre-flight meeting.

I was, however, given no opportunity to participate.

We got up very early and brought my bag down. We locked mum’s bag and the family’s bag and head out to pick up student one.

Then went to student two and three’s house to put our car in their driveway.

Then we went in a taxi van to the airport. We did the security stuff, dropped some bags off to go to the boot of the plane, then just waited . . . . . until, finally, our plane is ready to board.

We hopped on, waited, then lift off.

About an hour after take-off, Snowpaw wanted to watch some shows, after that Agatha, well . . . . had an accident and vomited! Eew!

Then I watched movies, had a nap, then got off the plane and headed to the airport. Did stuff. Headed to the hotel. Showered, then went to bed! Yay! 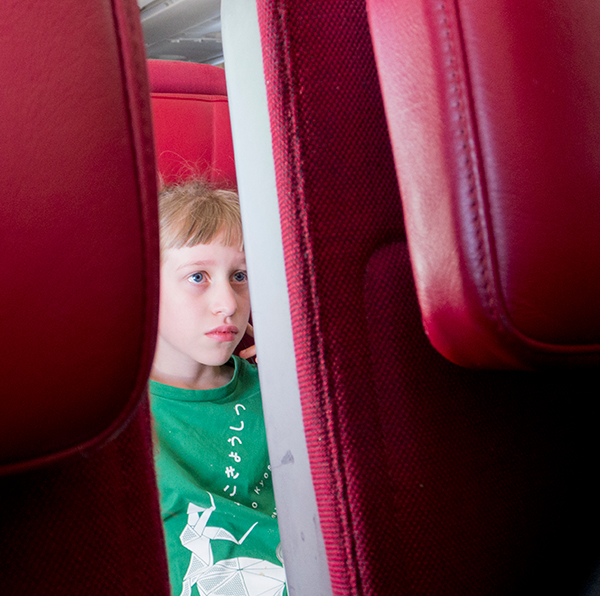