Having eaten so well the night before, the hotel buffet breakfast was far less appetising.

Wife, daughter and I set off for a “brush museum”.

Turned out to be a display room for a brush making company – all types of brushes, from make up to the other kind. 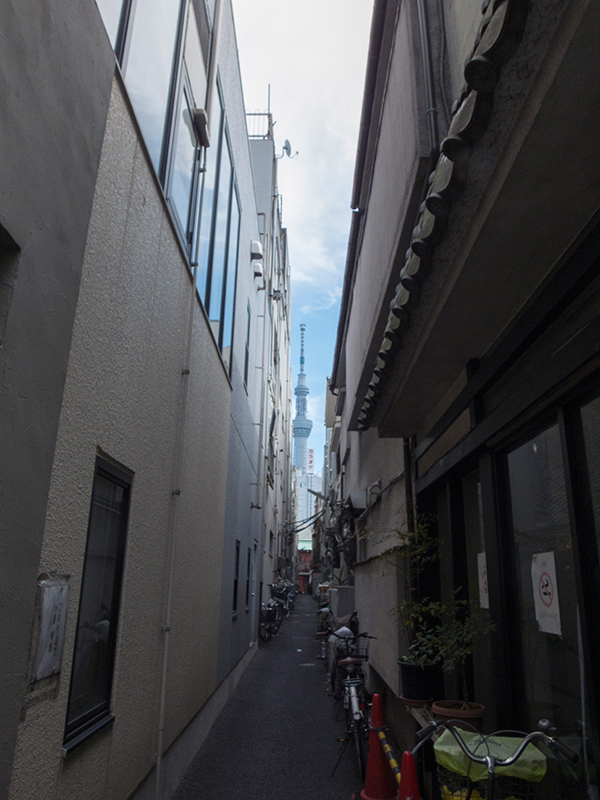 Then to a sword shop in Asakusa.

Unfortunately, it was located right in the middle of shopping mall hell; so it was slow progress as shiny shops kept distracting the other two.

Did overhear an American tourist explain to a friend that the ryokan they were staying at, “too their slippers very seriously”.

At the sword shop, wife bought a new katana bag and sageo, and I heard another tourist ask a random Japanese stranger whether samurai were a Japanese or a Chinese thing.

They were pleased to discover it was Japanese, because The Last Samurai was such a good movie.

Time to meet up with the others at the national museum.

On the way, I finally had my Lebanese/Japanese falafel roll; it was good. 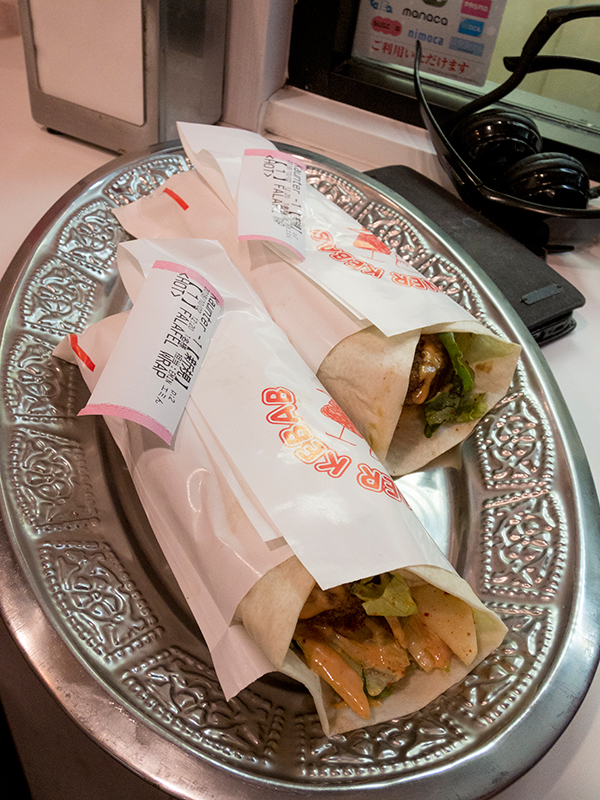 Relatively easy trip to Ueno Park where daughter interacted with a street performer and was rewarded with a balloon flower sculpture. (This actually survived back to Australia). He worked hard for his hundred yen.

Joined up with the others and headed into the museum.

Did not make it much passed the first sword room, before I had to vacate the building with a seriously misbehaving child.

We sat outside the museum for two hours as she ran through every incarnation of a temper tantrum known to humanity.

Back to the hotel for some quiet time whilst others continued shopping.

Last night’s excellent vegan restaurant was our choice for a final dinner together.

Student two found an Indian place nearby which had vegan options. We went there.

It was good, very, very good.

A nice cultural moment at the end of the meal when the owner corrected daughter’s Japanese grammar; she said it is delicious, instead of it was delicious. No native born Japanese person would ever have pointed that out.

I wish they would.

We got up, then had breakfast.

We went to Ueno and then went to a museum.

Then I started to be naughty.

Then more snapping from dad, then mum snapped.

Back to the hotel, then relaxed.

I have to wright today’s journal.