Delightful breakfast, as we have come to expect.

Then crowded bus to the castle. Student two spoke to a Ginger whose Japanese was as good as his English. 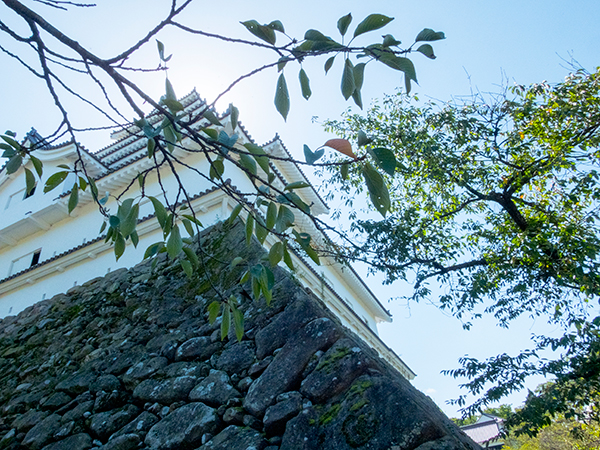 Much of the festival was difficult to see – I had no idea there would be so many people here! 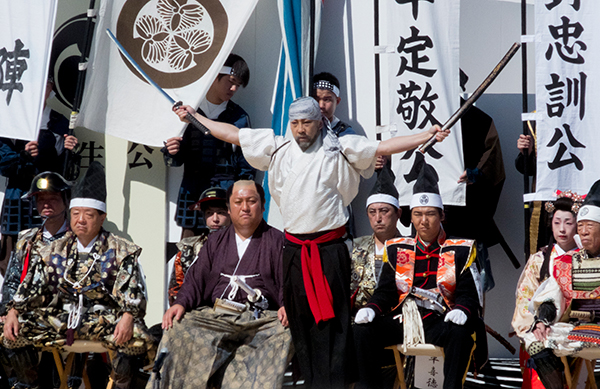 Wandered towards the town in the wake of the procession, to meet up with the others so we could eventually wander out again and catch a bus back to the minshuku.

Students two, three and four went for a drive in student four’s car.

Wife, daughter and I went off for dinner at a local soba place.

So we stayed on the bus to go to an Italian café we had discovered last trip.

Fortunately, the café opened once they saw us – seems they remembered us from last year.

Wife hears the evil siren sound of the Bandaisan dance.

They are doing it again.

Many, many, many hours later, I managed to plug my family’s ears with wax and blindfold them long enough to escape the endless loop.

By this time, daughter has been regaled with fans, tiny hatha, a happi coat, (which was returned after the dance), and much praise from the locals.

Walk to the taxi rank, back to the minshuku and now writing this whilst others shower.

Students two, three and four are still out.

Last anyone saw of student one, he was surrounded by flirting Japanese women in what was ostensibly a free, English language, guided tour of the castle.

He was the only gaijin in the group.

It is the day of the big Aizu samurai festival at the castle.

Today I did not want to bus, but I HAD to, yep.

I was right, so boring. I could not see ANYTHING. Tree branches, including people, blocking the entire thing.

Me and dad were going to get some water, but no water, and we could not get back to mummy.

We watched the samurai march by with all their armour. This time I could see SOMETHING! 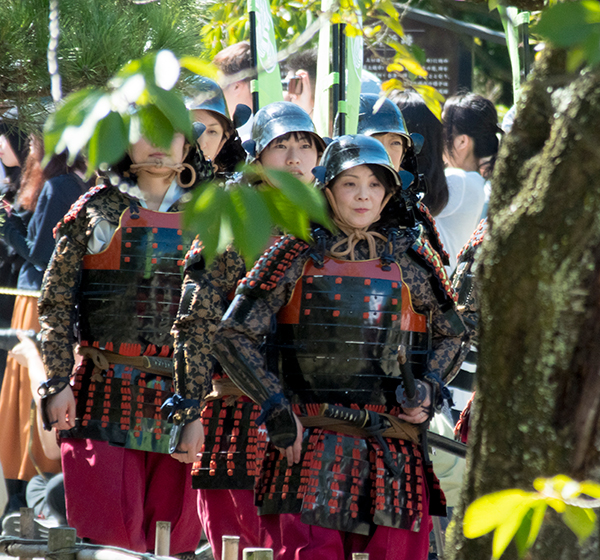 After that mum met us and we had mochi on a stick. YUM! I had it with no sauce. Mum had it with sauce. Dad took a photograph of some spiders and a HUGE fish and a quite big turtle. 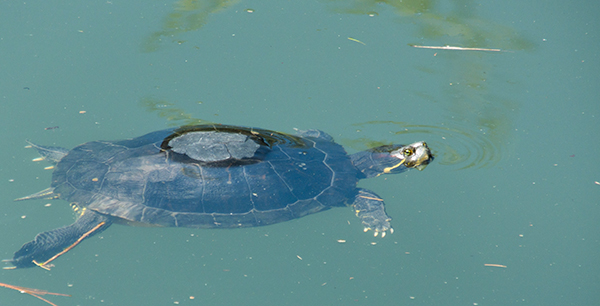 Then we walked for a while, then headed back to the minshuku. Hung out for a bit, then headed out for dinner.

We heard some loud music with taiko drumming. Me and mum were excited!

But me and mum just danced. 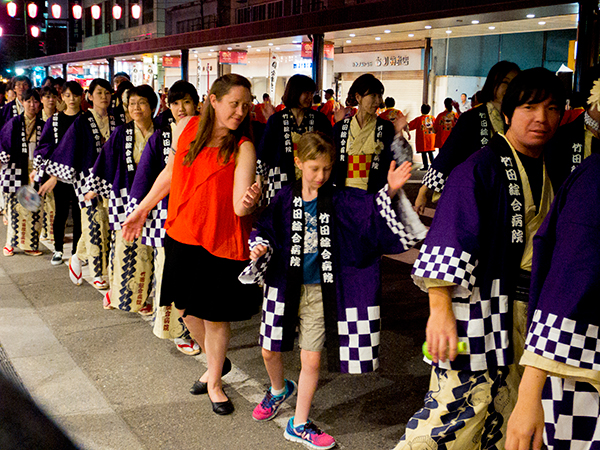 I borrowed the clothing for the dance and actually joined the group, then got a flower on a hair band. A lady came over and tied it in my hair then she gave me a sign. After that we did more dancing. Then a camera pointed directly at ME!

After the dance I got a gift: fan; then another gift: another fan.

Then we headed back to the minshuku. Had shower and a short bath, cleaned teeth, then bed.

Only one pickle on offer this morning.

The quality leads me to believe I have inadvertently offended the chef.

I tried bits of this pickle throughout the meal and it complemented nothing.

The green tea only dulled the odd flavour.

I did not like this pickle and found it disagreeable.

One pickle only today, difficult to have more than one taste, but if pursued, the sense of doubt remains.

Mushrooms and what is theorised to be molasses.

Too sweet and not piquant enough for this palate, with a sticky texture.