Today we fully abandoned the “serving suggestion” trip itinerary that was thrown into chaos by the introduction of student three’s car.

We drove to an Edo period post town, taken off the main highway by the Meiji restoration, so retaining its original buildings. Lots and lots of gift shops, housed in beautiful old buildings with thatched rooves 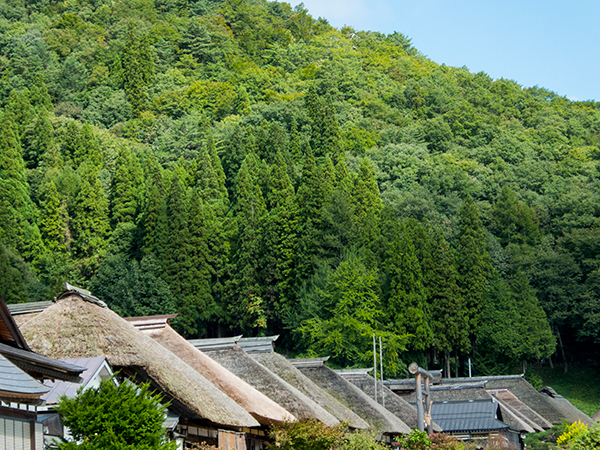 Bought my first hard core souvenir: a dragonfly noren, with money wife gave me for such things two Japan trips ago.

Later, on her advice, daughter and I visited an off the path shrine. 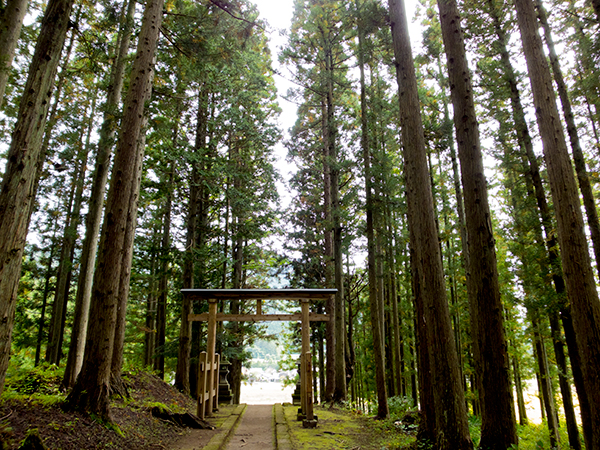 Daughter herself stopped talking, except in occasional whispers.

It was an other worldly place. Totoro lives here.

Too early to go home, so we bathed our feet in a train station, foot bath, onsen, where wife made a new friend. 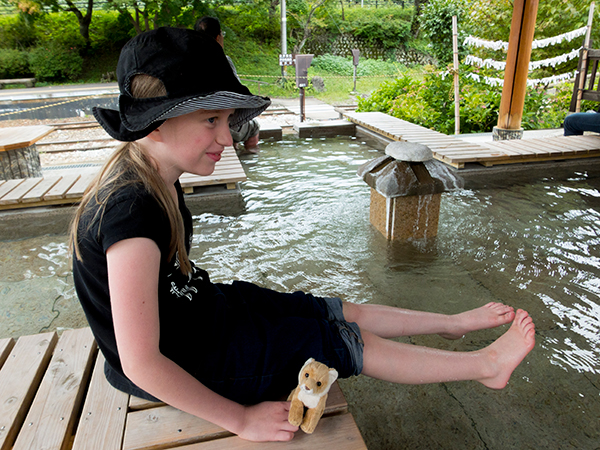 Then we took student one to see a nearby, famous rock/river/sacred site, that the rest of us had visited two years ago. 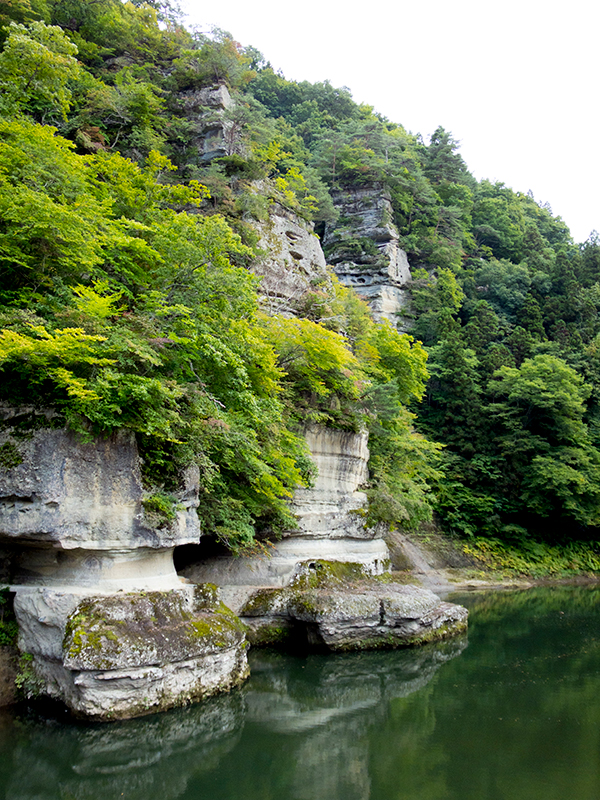 He enjoyed the geography, but apparently not the cave monk’s lack of the pursuit of excellence in table manufacture. Student three and he subsequently engaged in a long winded, pointless, philosophical argument about this table.

On the way home, we stopped at a tori leading into a forest, that we had spotted earlier, on the way to the village. 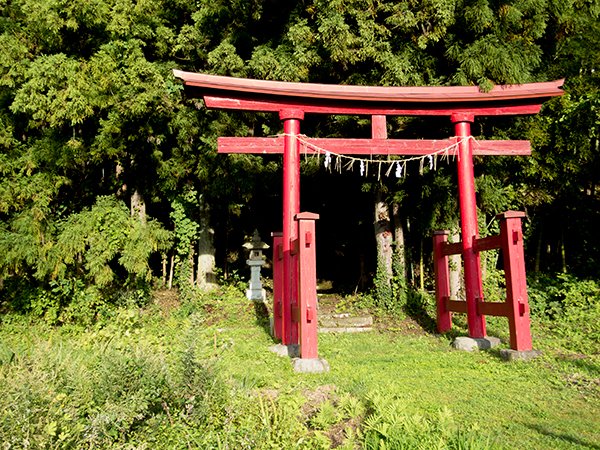 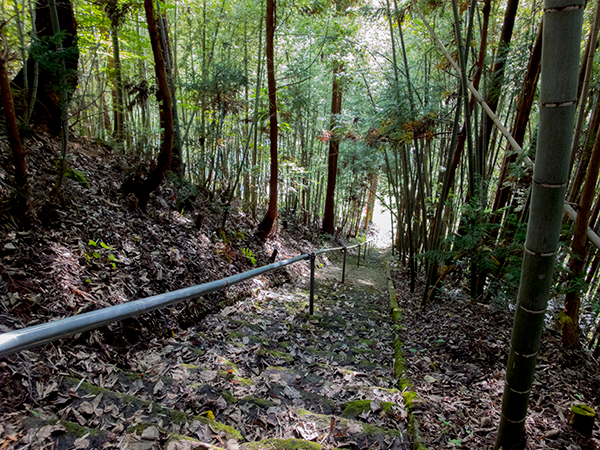 Student one once again demonstrated his arachnophobia was as real as he has always claimed.

Brief chill out at the minshuku, then Ne Ne Ya for the usual excellent repast. This was marred only by a heated philosophical debate on extreme cultural relativism versus universal truths. Personally, I find that kind of relativism equates to moral cowardice, but this is not the place to carry on the argument.

Back to the minshuku.

I got up, played some phone games while waiting for mum and dad to get up.

When they FINALLY get up, we had some breakfast.

When we were done with breakfast, we got ready to go out to an old village. 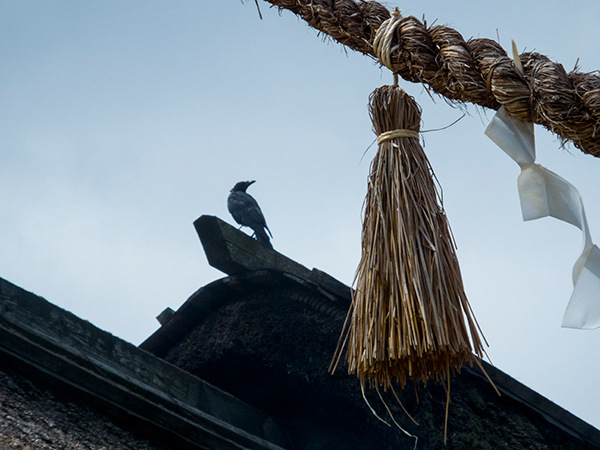 You might think this is a crazy idea, but I found, FULL BOTTLES OF DRINK IN THE MOUNTAIN WATER!!!

That is what they did before we had refrigerators. They would use cold mountain water.

We also had my favourite food, mochi on a stick. So yummy.

Then we headed somewhere so amazing, me and dad.

It was SO MAGICAL.

This was walking distance, not far from the old mountain village. It was like a Totoro forest, how a bunch of trees were growing together. 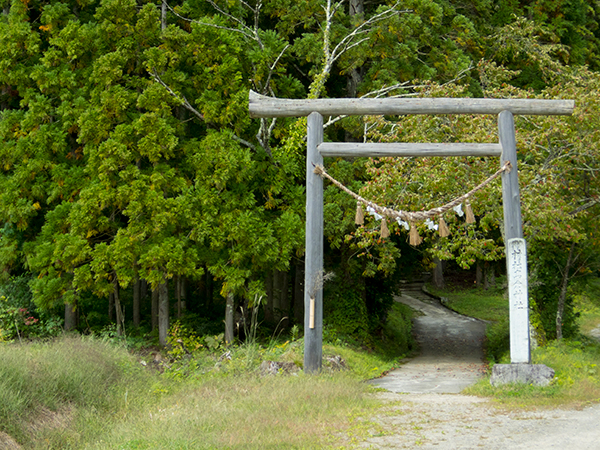 Once we entered the gate, all the loud noises just, WERE JUST GONE!!

We could not hear any cars at all! Then we entered another gate.

Even the mushrooms were glowing.

We did our shrine wishing, then back to the village. 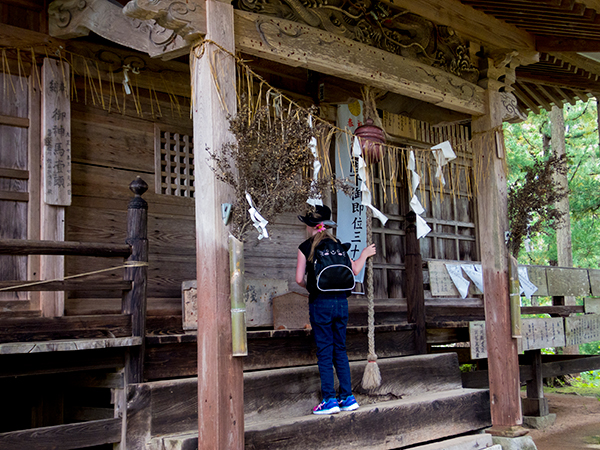 Once in the village, we waited for the others to get back . . . . . then they FINALLY arrived.

We hopped in the car. Then went to the place that I went to on my first trip. I was eight then and I was scared, but now, not as much. Did exploring, then bought some peaches and apples.

Then went back to the minshuku, then had a shower and bath, cleaned teeth, then went to bed.

The quality of light reflecting on the tatami highlights the glossy shine of today’s pickle.

The breakfast was heavy with mushrooms.

Only one pickle today.

Seaweed with some thin mushrooms.

I can’t nail down the flavour of this pickle.

The seaweed is firm with almost a candied coating.

It is salty with an earthy sweetness.

Not a good pickle for eating on its own, but would be good in a sandwich to provide a counterpoint for mustard.

Flavour is difficult to define, but distinctly Japanese.

Texture chewy, but not overly so.

Not a palate cleansing pickle, but certainly a tasty one.